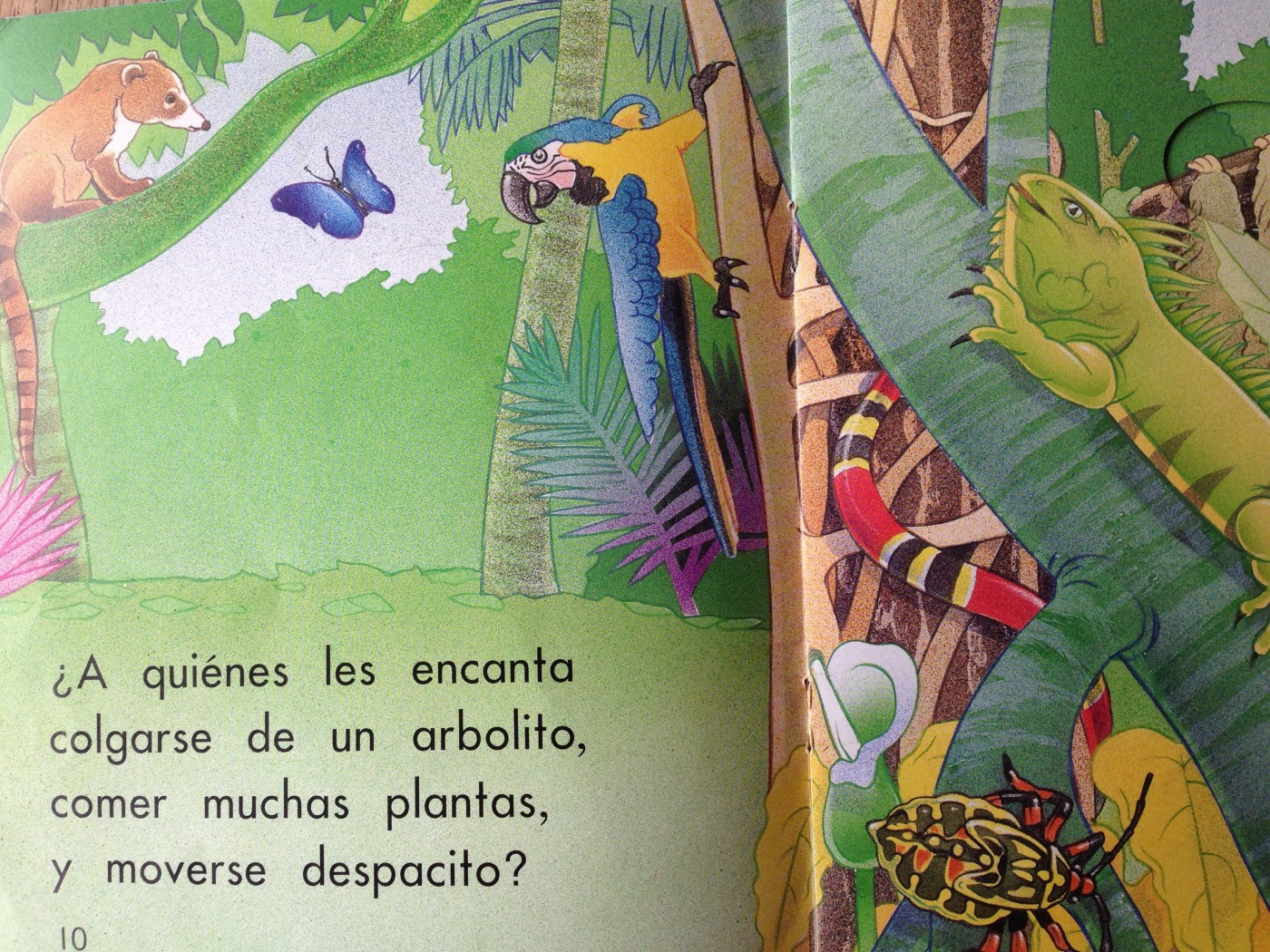 Before our family left for Central America, I was determined to have us get a jump start on learning Spanish. The trick is we live in white, rural Maine–not Los Angeles–so there was no turning to adult-ed classes, or a Spanish-immersion elementary school around the corner. I also wasn’t willing to break the bank by hiring private tutors. Our remaining option: studying español at home with me, a non-Spanish speaker, leading the show. Yikes!

As messy as that may sound, a year later when we arrived in Guatemela, we were able to navigate bus schedules in Spanish, ask for directions on the street, order food at restaurants, and even talk basic politics, all from our Spanish self study at home. Here’s how we did it.

After a good deal of research online, I set up a basic program for myself. Every day, I spent at least 15 minutes listening to a Spanish-learning podcast, Coffee Break Español, which–importantly–I could do while walking, jogging, or even cleaning the house. Hosted by two Scots with delightful, lilting accents and a logical progression of lessons, this free podcast became the basis of my Spanish learning. I’m more of a visual learner, so I had my doubts about studying via audio, but I ended up loving these podcasts, in part because the hosts constantly cued me to speak. No doubt I kept my neighbors amused as I went jogging by their houses mumbling to myself in Spanish.

Still eager to do at least a little bit of Spanish learning in writing, I started using the free online language learning program, Duolingo. Though the podcasts remained my mainstay, I found Duolingo helpful in building my vocabulary. And for a short while, I attended my local library’s weekly Spanish lunch table.

At the end of a year, my 15 minutes of Spanish a day meant I had clocked more than 70 hours of podcast lessons, as well as some Duolingo time. The result: I was by no means fluent, but I felt confident in my ability to communicate in Spanish from day one when we arrived in Central America.

Teaching my kids Spanish felt like more of a hoax. Children learn languages best through interaction, and given that I was the primary person they would engage with in Spanish, I needed some good tools.

Our greatest find was, yet again, free–a television show for young children developed by Georgia Public Broadcasting called Salsa. In a series of 15-20 minute episodes, the main character–an animated gecko– led viewers through familiar stories. The first few episodes featured Godilocks and the Three Bears. What I loved about this show was that it was all in Spanish. Yes, you’d be surprised by how many children’s Spanish-learning videos and other materials contain more English than Spanish. Salsa also wasn’t afraid to use what kids love most–repetition–but even I stayed engaged.

Over summer break, the kids and I watched one of these episodes at least a few times a week and then we acted out what we had watched in Spanish with their stuffed animals. Our first few reenactments were spare on words, given our vocabulary, but we quickly got better. I found the accompanying PDF transcripts and activities designed for classroom teachers who don’t necessarily know Spanish (ie. me) to be hugely helpful.

The kids and I also used a few singing and rhyming children’s CDs, including Hop, Skip and Sing Spanish for Kids and De Colores,  as well as Spanish picture books from our wonderful public library. Once the school year got started, all we really managed was squeezing in an episode or two of Salsa every week, but by the end of the year, we had viewed two seasons worth of episodes, and the kids were off to a good start.

After our year of self study, we were ready to take our Spanish to the next level and we attended a Spanish language school in Guatemala. The experience was amazing–I’ll dedicate a future post to language schools in Latin America–but for those who cannot afford to leave the U.S., many schools now offer very affordable one-on-one Spanish Skype lessons online.

Here’s a complete list of affordable Spanish-Learning resources that our family has either used, or that we hope to try. All can be used from the comfort of your home or–at least in urban areas–somewhere nearby:

Finally, consider approaching your children’s elementary school about offering Spanish or another language to all students. The best time to learn a new language is early childhood, so if you want to promote multi-lingualism in your community, a great place to begin your campaign is at your local elementary school!